3 Arena Central has been designed to provide 242,075 sq ft of Grade A commercial space over ground and 13 upper ﬂoors.

Located at the heart of the development and opening directly on to Bank Court – the centrepiece of the new public realm – 3 Arena Central received detailed planning consent in December 2016.

Offering efﬁcient ﬂoorplates of up to 18,102 sq ft on the upper floors, 3 Arena Central provides an outstanding business location with geometric glass and metal façades creating a contemporary and complementary reﬂection of the high quality, fully managed public realm in which it will be set. 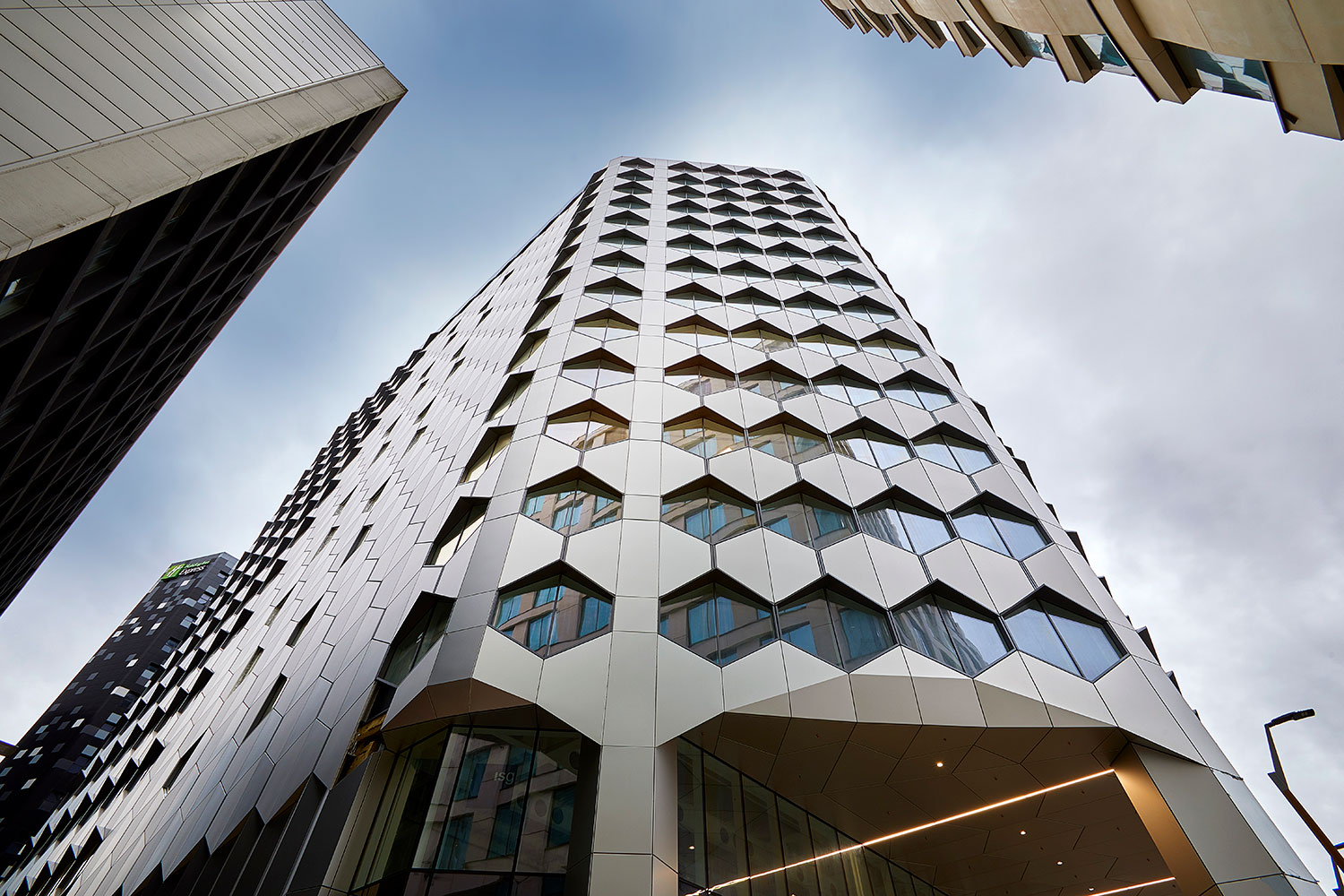 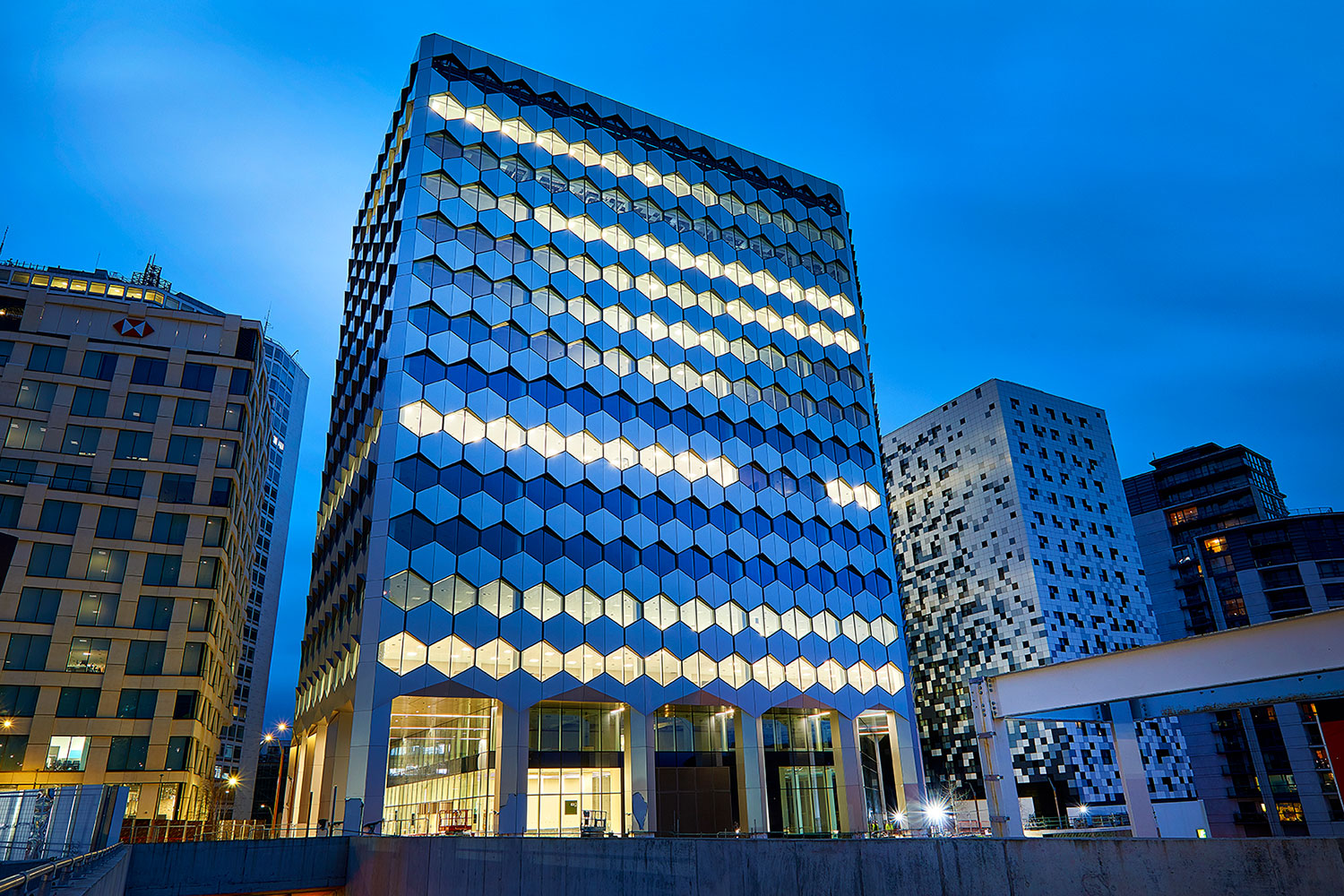 In August 2017, 3 Arena Central secured Birmingham’s largest pre-let in over a decade with the Government Property Unit committing to take the full building on a 25 year lease to house some 3,600 civil servants and a number of functions, including the HMRC’s Midlands regional hub.