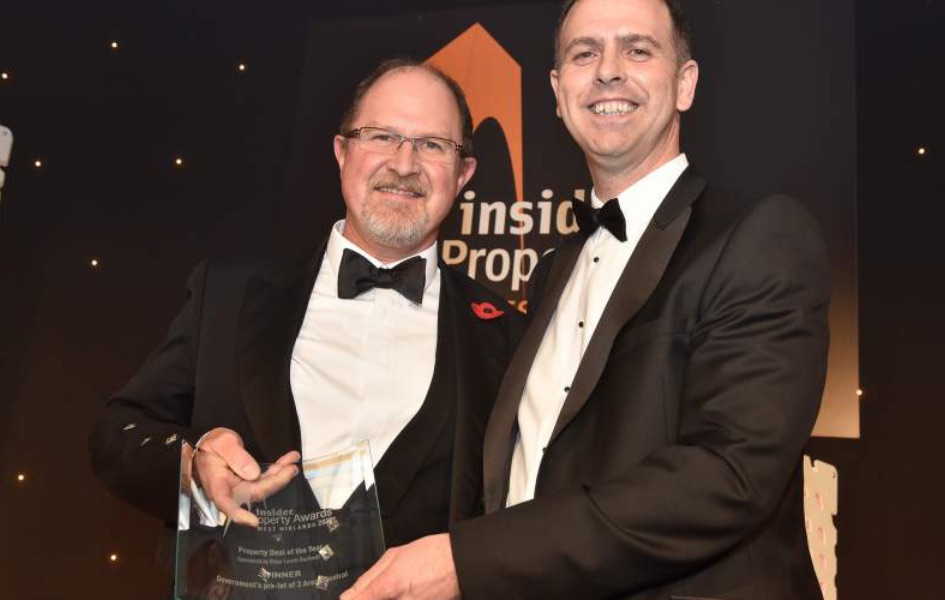 The letting of the 240,000 sq ft 3 Arena Central to the government has been named Deal of the Year at the annual Midlands Business Insider Property Awards.

Completed in September, the deal represents the largest commercial pre-let to be secured in Birmingham in a decade.

The government has committed to a 25-year lease on the building which will be home to a number of services including the Midlands regional hub for HM Revenue and Customs (HMRC), and will accommodate around 3,600 civil servants.

3 Arena Central is due to be handed over for fit-out in spring 2020.

The deal was advised by JLL and Eversheds (acting for the government), Pinsent Masons (acting for Arena Central Developments Limited), and Savills and Squire Patton Boggs (acting for Birmingham City Council).

CBRE and GVA are joint letting and investment agents for Arena Central.