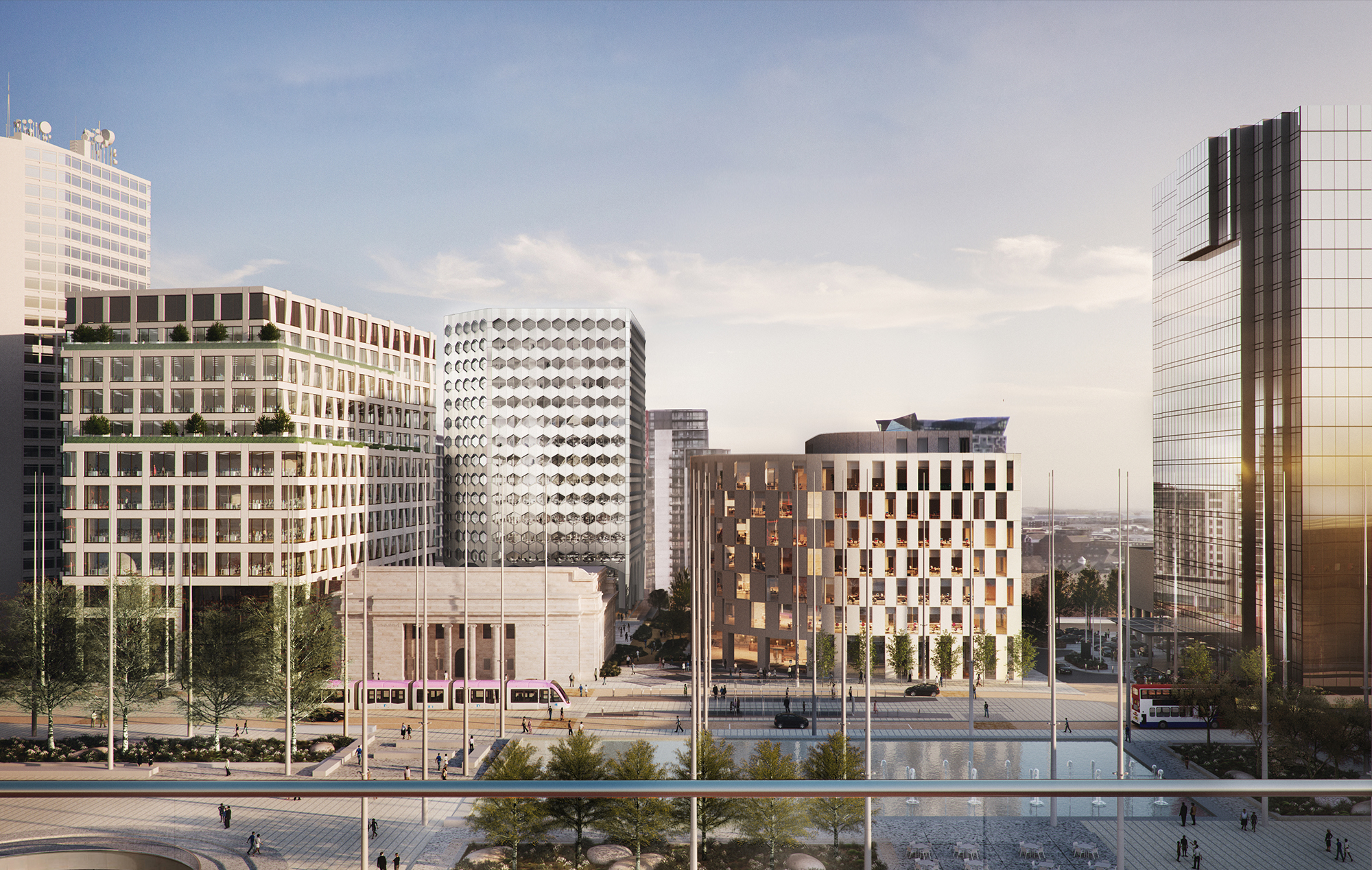 Plans for the third commercial building at Birmingham’s Arena Central development have been unveiled at the MIPIM international property event in Cannes.

Designed by renowned practice Make Architects, 3 Arena Central will offer 182,181 sq ft of high quality space over ground and nine upper floors, including 165,174 sq ft of Grade A offices on efficient floorplates of up to 18,299 sq ft, set around an offset core.

Jonathan Wallis, Arena Central Developments Ltd, said: “Birmingham continues to be recognised as a leading commercial destination by both national and international occupiers and we want to ensure that through Arena Central we are delivering first-class commercial spaces of the highest quality to meet this demand.

“As a strategic asset within the city, Arena Central is well positioned to benefit from the ongoing investment in Birmingham’s essential infrastructure elements, such as the redevelopment of New Street Station and extension to the Midland Metro tram.

“Coupled with the proposed reinvigoration of public spaces like Centenary Square, this makes Arena Central one of the very best located, most well positioned and deliverable commercial schemes in both Birmingham and the wider West Midlands.

“Funding is currently being sought to develop 3 Arena Central on a speculative basis and we will be submitting a detailed planning application for the development shortly.”

Situated in the heart of Birmingham city centre’s Enterprise Zone and adjacent to Centenary Square and the Library of Birmingham, the 9.2 acre Arena Central site has been masterplanned for the delivery of over 1 million sq ft of office-led, mixed use development.

Work is already underway on the delivery of the 210,000 sq ft 2 Arena Central, which was forward purchased by HSBC in 2015 for the head office of its UK ring-fenced bank serving personal and business customers.  The building is due for practical completion in 2017, with HSBC to take occupancy in 2018.

Demolition and site clearance of the rest of the site is already underway in preparation for the delivery of the brand new, £10 million public realm which will feature over 50 per cent soft landscaping, creating a unique environment in the heart of the city.

As part of the wider development, ACDL has made some significant amends to the scheme’s masterplan, increasing the public space at Bank Square and changing the use of two proposed buildings on the development from residential to commercial.

Jonathan Wallis continued:  “Arena Central is an evolving development and one that needs to respond to the changing demands and desires of the regional property markets. While we have outline consent for the delivery of residential elements within this scheme, we need to ensure that we can provide the most appropriate solution for the markets’ demands through a flexible and responsive masterplan.”

Located in the core of Birmingham city centre, Arena Central is bordered by Broad Street, Bridge Street, Holliday Street and Suffolk Street Queensway and is adjacent to Centenary Square, one of Birmingham’s most high-profile public spaces, which is due to undergo a comprehensive £8 million refurbishment.