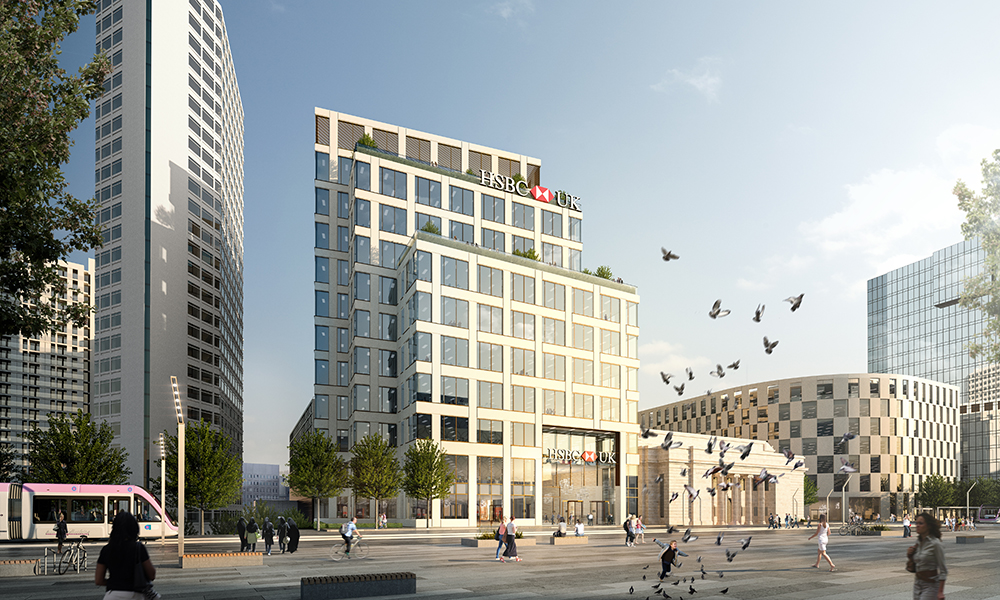 Award-winning construction company, Galliford Try, has been named as contractor for the first phase of Birmingham’s landmark Arena Central development including the 210,000 sq ft 2 Arena Central.

Following the completion of demolition and clearance works on the 9.2 acre site, Galliford Try will undertake the delivery of the first stage of construction work on the site, which is due to commence this summer.

Alongside 2 Arena Central, Galliford Try will also deliver over £10m of innovative public realm, designed by acclaimed landscape architectural practice Gillespies, which will comprise over 50 per cent soft landscaping to create an ‘urban meadow’ running from the north to the south of the site. The works will also include the creation of Bank Court, a new public courtyard behind 301 Broad Street and extensive new landscaping around Alpha Tower.

Jonathan Wallis, ACDL, said: “This site represents a landmark development for Birmingham, with the forward purchase of 2 Arena Central marking one of the most significant inward investment deals to take place in the region for over a decade.

“Galliford Try emerged from a highly competitive tendering process as the stand out contractor that we have entrusted to deliver our vision at Arena Central. We are focused on the start of the construction phase of this project, following the completion of the demolition works.”

A FTSE 250 housebuilding and construction group that delivers industry leading performance in constructing a sustainable future, Galliford Try employs over 5,000 people across the UK.

Simon Burton, Galliford Try West Midlands and South West Managing Director, said: “This is a significant appointment, with Arena Central representing one of the most high-profile active development sites in Birmingham. We will now work closely with ACDL to ensure the delivery of a high quality product that matches the aspirations of this statement site.”

Arena Central is masterplanned for the delivery of 1 million sq ft of space, including 670,000 sq ft of Grade A office accommodation, over 400 residential apartments and ancillary retail and leisure uses.

Detailed planning consent was granted earlier this year for the delivery of 2 Arena Central. Designed by Ken Shuttleworth of Make Architects, 2 Arena Central will have the capacity to accommodate up to 2,500 people and will be the first building in Birmingham to be constructed to LEED (Leadership in Environmental and Energy Design) Gold accreditation.

Situated within the city centre Enterprise Zone, Arena Central is bordered by Broad Street, Bridge Street, Holliday Street and Suffolk Street Queensway and is adjacent to Centenary Square, one of Birmingham’s most high-profile public spaces which is due to undergo a comprehensive £8 million refurbishment.

Arena Central benefits from simplified planning and reduced business rates and forms a significant part of the city’s vision for regeneration, as laid out in the Big City Plan.

EC Harris acted as QS and Employers Agent for ACDL.